Plaid to the Bone

Daa da da da daaaa ... from the day I was born... daa da da da da... I've loved Plaid and since the time I went to first my Gasparilla Day Parade (I think I was 5 so we're talking wayyyyyyy back), I've loved Pirates. 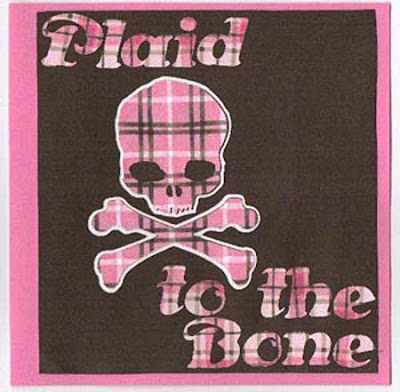 It's a pretty simple card. Two types of plaid paper, white cardstock for the shadow, black paper for the mat, the Hello Kitty Font cart and the Indie Art solutions cart for the Skull and Crossbones.
Posted by Ohhh Snap at 2:26 AM 3 comments:

It came to my attention that some files I thought I had previously shared, were in fact, not shared. I think I have it all straightened out now.

Just for the record, to cut these files as is, you'll need to have a Gypsy and the Provo Craft Cricut cartridges that were used in each file. If you have the full version of Cricut Design Studio (also known in the Cricut World as DS), you can convert all gypsy files into .cut files. As long as you have the carts, you can make the cuts unless the Gypsy carts were used. But if Gypsy files were used, you should be able to swap out similar designs. These files are free for personal use. 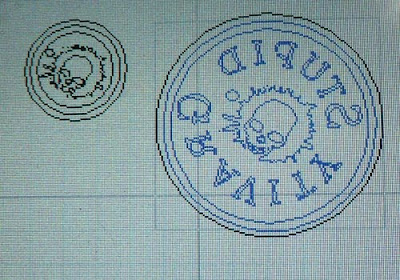 The Gravity Set file as it looks on the Gypsy. The carts used are Indie Art, Doodletype and George and Basic Shapes. The lettering on the larger image is reversed because I used it to cut a vinyl stencil for etching the bottom of a glass plate. See Christmas present for a Teenager for the original post.