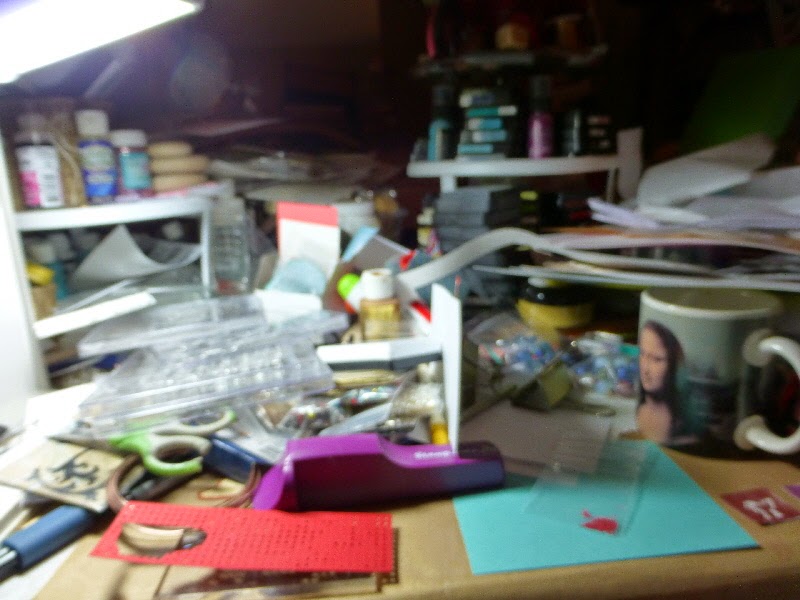 It's been a while, 33 weeks to be exact.. Back in September I broke my beloved old Panasonic Lumix and then lost the charger. My computer broke down shortly after the camera broke and my only internet access for a few months was through a 6 year old notebook which hated looking at blogs with pictures.The computer has been replaced, and Friday I got a new Panasonic Lumix.

I've been spinning a lot of yarn/thread with spindles mostly, but also a turn or three with my wheels. Dabbled with paper, and knit hats and scarves for Christmas presents (thank you Craftsy.com for your free short row knitting class) to the point I could watch my beloved Korean Dramas whilst knitting. And it''s so nice to see the backside of winter.

In the forefront is my first experiment with my new Papertrey Ink Strip Stitch die which turns cardstock into perforated paper suitable for cross-stitch. I didn't put the metal shim under it, so some of the dots didn't come out automatically. I've been experimenting with selective hole punching.

So if you'd like so see more crafty spaces, or join in the fun, head over to Julia's Stamping Ground : ).
Posted by Ohhh Snap at 7:51 AM 12 comments: