We have a couple of very dark rooms in our house. So, I'm experimenting with some mirrors from the dollar store as a way to add some light with a bit of decoration without having a plain mirror which catches every movement. 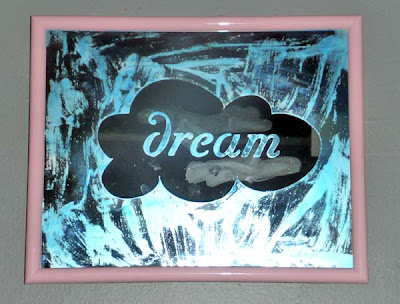 I washed the mirror with a baby wipe and put a vinyl cut of the dream cloud from Home Decor. After I washed off the etching cream, but before I took off the vinyl, I used some blue alcohol ink to add a little color. 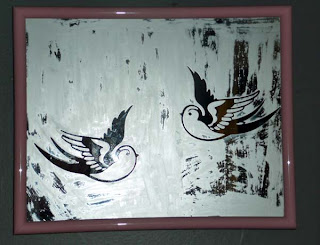 I used an alcohol pad to clean this mirror before I put on the vinyl. The birds are from Indie Art. I'm really liking how this one turned out!.
Posted by Ohhh Snap at 3:28 PM 5 comments: 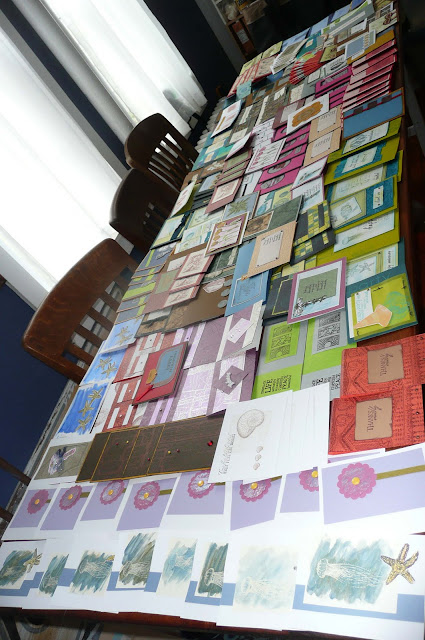 This is what 211 cards looks like. I made 214, but I gave 3 away already lol. I made these during the 8 week Pro Scrapbookers League (TM) at Club Scrap. There was one woman on my team who made 400 cards in the last week alone. Color me impressed!! It was a nice competition in that we were all in awe of the woman who made 400, but the contest was about doing what we could do and no one was made to feel badly for their contributions. 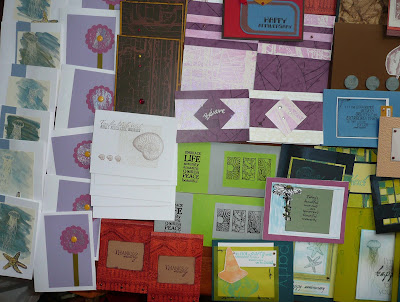 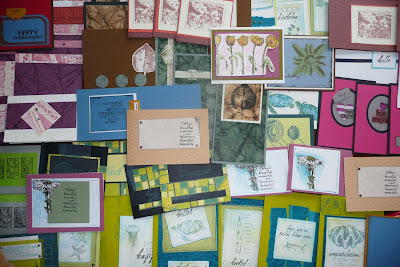 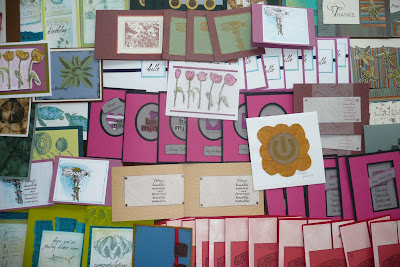 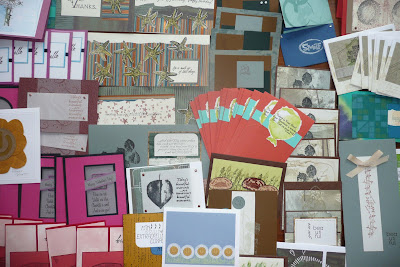 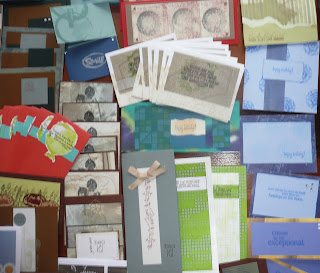 The two main criteria were that at least 50% Club Scrap elements had to be used and the cards had to be good enough for the maker to sign their name to and give to family and friends. There was a different challenge each week ranging from using stencils to art mediums. But for me, a dyed-in-the-wool process person, to make that much product left me feeling like I had met my personal goal. It gave me a chance to make my own cards but without the time to overthink every element. During the last week I didn't even go to my usual online haunts lol.