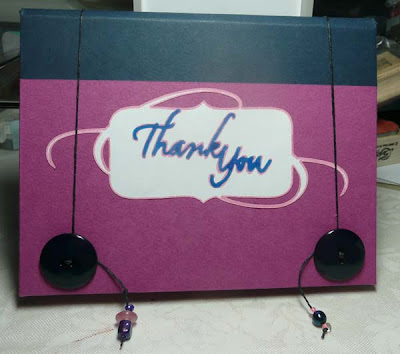 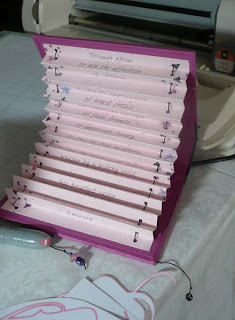 This is a thank you gift for one of DD's favorite teachers ever. What you can't see in the picture is that there are two small cards on the inside that slide into pockets. I left them blank so there would be room for all the kids to sign them.  The Venetian Blind Book is the project from Club Scrap's Jubilee Collection, except the embellishment on the front is made with the Cricut. 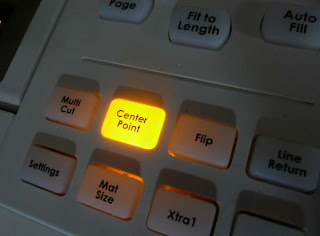 To make the embellishment, I rocked the Cricut Old Skool, aka no Designer's Studio nor Gypsy (of course I forgot to take a picture with the Fit to Length button activated, but you can see it above the Center Point Button. As a P.S. let me add the amber glow is from my Champagne Expression). The mat and the sentiment are both from the Calligraphy Collection. Above Rubies Studio's Cricut A to Z is awesome for learning about these features by the way. 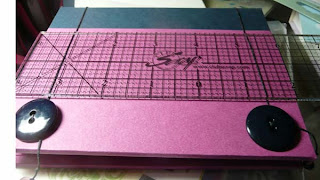 First, I measured (first things first, eh? lol). Ok, first I had to dig out my Calligraphy Collection cartridge from the giant bin in which most of them are now stored since I bought a Gypsy).

Since the first thing I was going to do was make the mat, I moved the cutting blade to a central location on the paper and hit the center point button and the fit to length button. I set the height to 4 3/4 inches (which the Cricut will transform into the width of the cut), replaced the cutting blade with the Cricut marker (with a piece of scrap paper under it in case of accidental dropping onto the paper). I set the speed to 2 and the pressure to 2.

In Calligraphy Collection I used Image1-s on page 70, so I hit the shift button, the Matrimony feature and the image button. When it was done calculating the height, I pressed the cut button. After the image had been drawn, I replaced the marker (again with the scrap paper) with the cutting blade (change the pressure to the appropriate to what is to the paper) and hit the repeat last button. I could have drawn the sentiment, but then I would have wouldn't have been able to use the repeat last button and I would have had to remember to reset the fit to length button.

Then I replaced the cutting blade with the marker (remembering to change the speed and pressure), and turned off the Fit to Length button (but leave the Center Point button on). Again using the Calligraphy Collection cart, set the height to 1 1/4, double-checked to make sure the Matrimony feature button was selected I used the Thank You sentiment on p. 74 and hit cut.

After I took the cut off the Cricut mat, I used a Sakura Glaze pen to write the Thank you in the middle of the marker lines so the marker makes a shadow effect for the glaze pen.

It was fun to do everything "manually", but I really had to focus on what I was doing. I've been rather spoiled by the Gypsy lol. The Gypsy is more the set-it and forget-it (except for the pressure and speed which it prompts you to doublecheck) in that all the design work is done before I get to my Cricut so I don't have to recheck the shift button, feature button, height, etc.
Posted by Ohhh Snap at 8:31 AM 7 comments: