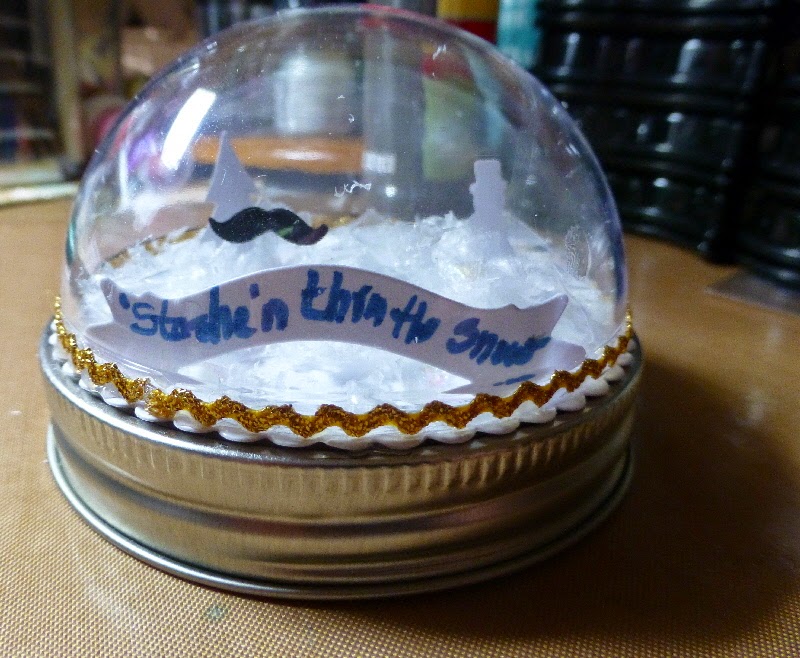 The tiny mustache is from Cricut Billionaire cartridge and is narrower than the width of a dime. It's glued on a piece of clear packaging. I used two cuts of the cardstock to insure it stood up to the movement with the magnet. The base is covered with white cardstock and Diamond Stickles with iron filings glued to the base. The snow man and tree are cut off the Tinsel and Tags circular die cut with a little bit of a base. I used the small banner and wrote 'Stache'n thru the Snow with Faded Jeans Distress Marker and is glued to the base with Glossy Accents. I used really inexpensive fake snow from the dollar store because it it lighter  and I felt it was less likely to interfere with the mustache moving around than the mica flakes (but I didn't test it).

Simon Says Good Old Days, and I used the snow globe with the fake snow and the tiny gold rick rack to give a vintage feel . 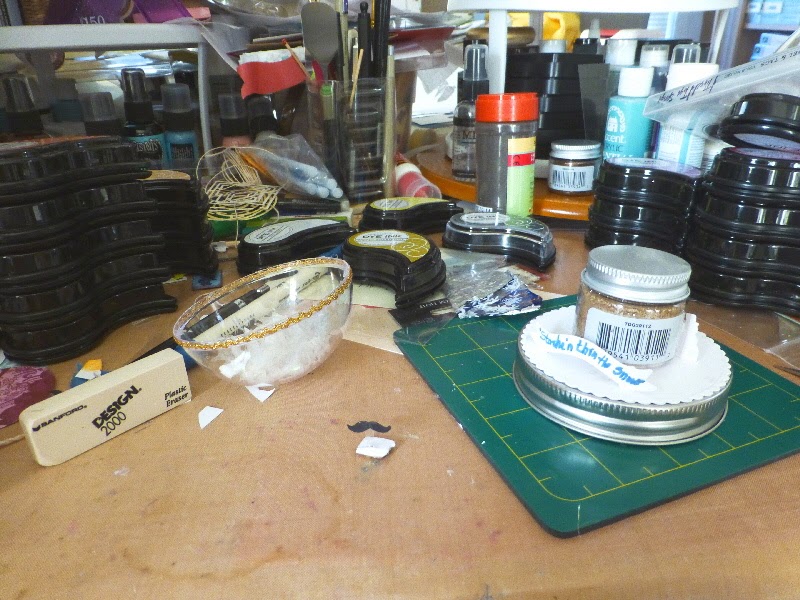 Current work in progress, just waiting to be assembled.  The tiny mustache, fake snow (the very inexpensive plastic stuff) all to make a 'Stache'n thru the snow globe.  The bit of blue shiney is a lindt truffle wrapper. No idea what I'm going to make from them, but I collect them lol.  It's been pretty quiet as I've started my Christmas knitting (a pointy hat with 4 gnomes on size 1 needles for starters lol). A very late start, I'm thinking I'm the caboose this week.