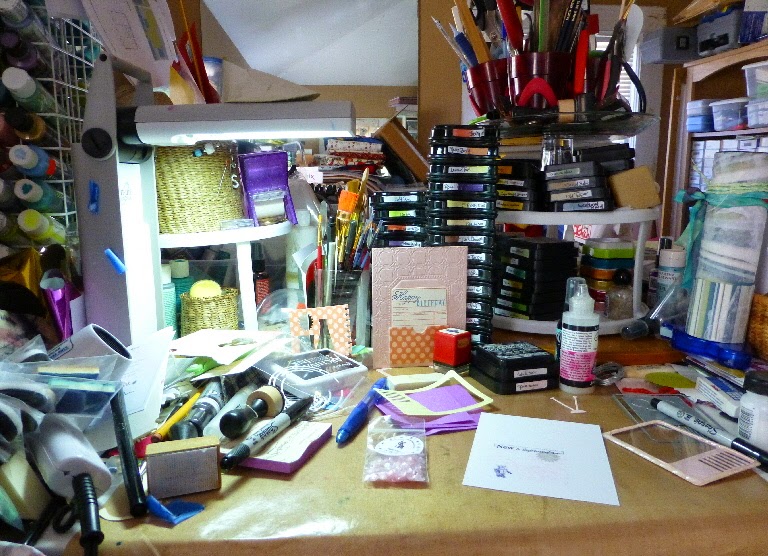 It's the middle of making a birthday card gift set for my father's widow.  The one front and center is a Simon Says TV Shaker card (I've written "Don't Cut this die apart on the back of the die ... because it looks like it might be a cut apart die, but I don't think it is). To the right is my kaleidoscope in progress. 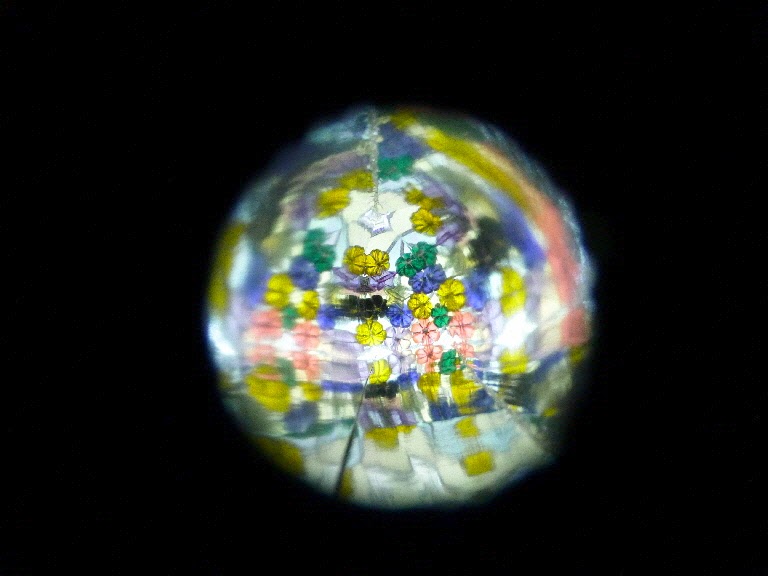 The inside is done, it's just the outer decoration that needs the finishing touches.

On the down side, I hit a deer on Monday. It was a little easier when I thought I had killed her outright. I was horrified when she came to and tried to run off, but couldn't stand up. The officer had to shoot her twice.

Head over to Julia's Stamping Ground to have a gander at crafty spaces around the world.

It is really interesting that you are making your own kaleidoscope!! It looks great so far ;)

I love your kaleidoscope idea, I remember having one as a girl.
Lucky you didn't injure yourself running into a deer, it must have been upsetting.